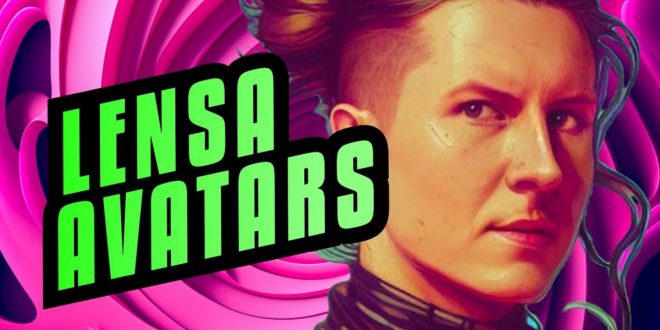 The current phenomenon is a photo edit known as an AI (Artificial Intelligence) avatar which is viral on social media Instagram. A number of well-known celebrities in Indonesia joined this viral trend. Even many artists who follow. As the name implies, Avatar AI is based on artificial intelligence which is currently being developed.

This trend was not created by illustrators manually, but instead made use of an application with artificial intelligence avatar AI. You can also try how to make an AI avatar image based on your own version.

What is artificial intelligence AI Lens?

According to Synthesia, AI Lens artificial intelligence is a digital representation of humans in a virtual version. This term indicates that the avatar is created by artificial intelligence. AI avatars are commonly used in various applications, for example: Video avatars, Video chatbots, Online game characters.

Basically, the Lens App is a photo editing application. Apart from creating AI avatar images, this app can also be used to retouch self-portraits and add filters. Most of its features can be accessed for free

Through this AI avatar trend, netizens can see the results of their photos in the avatar version. Reporting from Indian Express, avatar AI offers magic in the form of turning selfie photos into modern paintings, cosmic views, to character parts in fantasy films. So, how do you make an AI avatar that is currently viral on social media?

How to make an AI avatar To make an AI avatar is quite easy. You just need an AI lens app. AI lenses offer a number of artificial intelligence preparations. The application was developed by Prisma Labs company. The company is engaged in AI and is based in Sunnyvale, California.

Access to the AI Lens artificial intelligence application can be done by those who have already downloaded it. It’s just that users who don’t pay or are free can only access it on a limited basis. For example, users who download unpaid apps can only edit with a few filters. Of the 10 filter variations, there are only about 2-3 variations. In addition, users can only edit 1 photo in one day. If you want to edit more than 1 photo, then the second, third, and so on can be edited the next day. Meanwhile, for users who access AI Lenses for a fee, they can be more creative.

So, that was a review on how to change photos using the AI Lens artificial intelligence application, which is currently widely used on social media. May be useful!